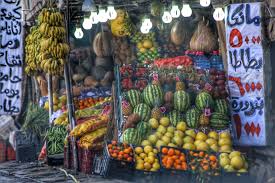 In a time, like the present, of challenge and peril, wishing will get you nowhere. Patience needs to prevail, and that can mean a grueling wait.

In the U.S., from the White House to countless other locales, impatience seems more the rule. We’ve got to ‘open up’, get back to normal, restore jobs, get on with living sustainably.

The problem is, though, the virus has its own timetable and it’s going to take longer for a vaccine to be available then we sometimes feel we can endure.  Witness, as The Washington Post reports,  the situation that exists in Beirut, Lebanon.

“Lebanon on Tuesday became the latest country to reimpose restrictions after experiencing a surge of infections,” the Post reports, “almost exactly two weeks after it appeared to have contained the spread of the virus and began easing up. Authorities ordered a four-day, near-complete lockdown to allow officials time to assess the rise in numbers.”

“Authorities” everywhere need to be mindful that virus-based events are currently following their own calendar, and to go with the flow of whatever’s best for people in the short to longer-term. Patience and fortitude are today’s highest behavioral and, indeed, political, values.

In South Korea, The Post adds,  President Moon Jae-in is warning the country to “‘brace for the pandemic’s second wave,’ calling the battle against COVID-19 a ‘prolonged’ fight.” And, alas, in the Chinese city of Wuhan, where it all began,  “authorities on Tuesday ordered the testing of all 11 million inhabitants after a cluster of six new infections emerged, five weeks after the city had apparently rid itself of the disease.”

It’s much the same in Germany, “which is widely regarded as the model in Europe of a balanced coronavirus response.”

Reality these days takes patience, lots of it. In Lebanon, where we began, “authorities have imposed a new four-day lockdown.” Four days only?